The history of the American National Standards Institute (ANSI) and the U.S. voluntary standards system is dynamic and evocative of the market-driven spirit that continues today. 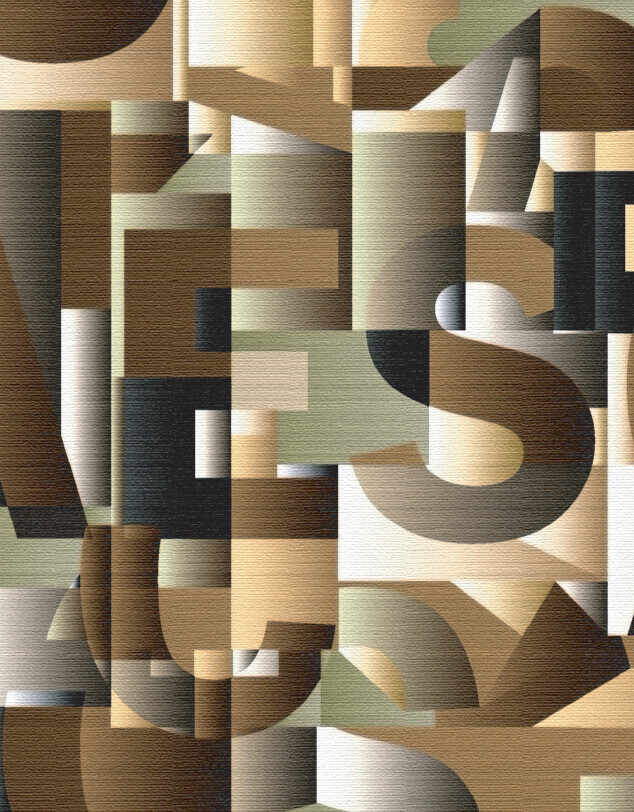 In 1918, ANSI was originally established as the American Engineering Standards Committee (AESC). According to Paul G. Agnew, the first permanent secretary and head of staff in 1919, AESC started as an ambitious program and little else. Staff for the first year consisted of one executive, Clifford B. LePage, who was on loan from a founding member, ASME. An annual budget of $7,500 was provided by the founding bodies. 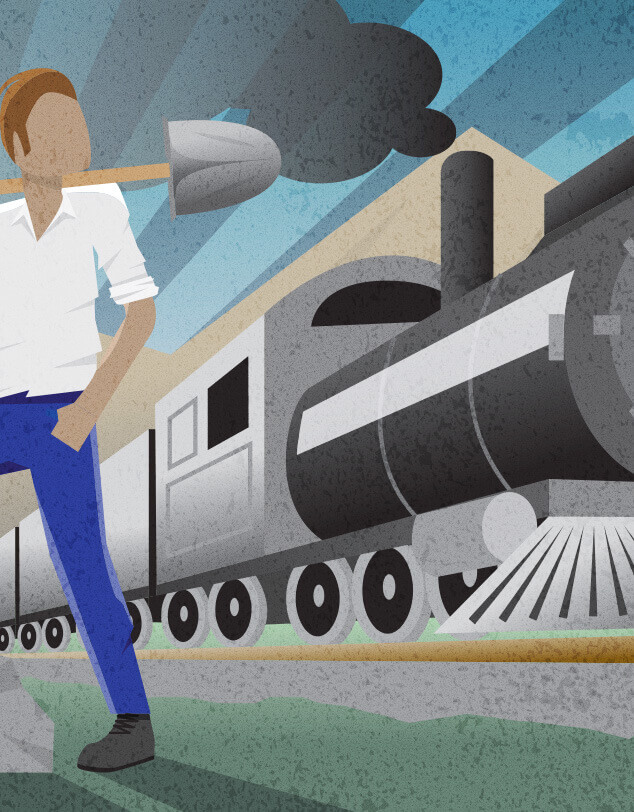 A year after AESC was founded, it approved its first standard on pipe threads. Its next major project was undertaken in 1920 when AESC began the coordination of national safety codes to replace the many laws and recommended practices that were hampering accident prevention. The first American Standard Safety Code was approved in 1921 and covered the protection of the heads and eyes of industrial workers. In its first ten years, AESC also approved national standards in the fields of mining, electrical and mechanical engineering, construction and highway traffic.

As its responsibilities and activities evolved, AESC outgrew its committee stature and structure. In 1928, it was reorganized and renamed the American Standards Association (ASA). Three years later, in 1931, the U.S. National Committee (USNC) of the International Electrotechnical Commission (IEC) became affiliated with ASA. In just under two decades the founding organizations’ vision of a coordinated national system had grown to international proportions. 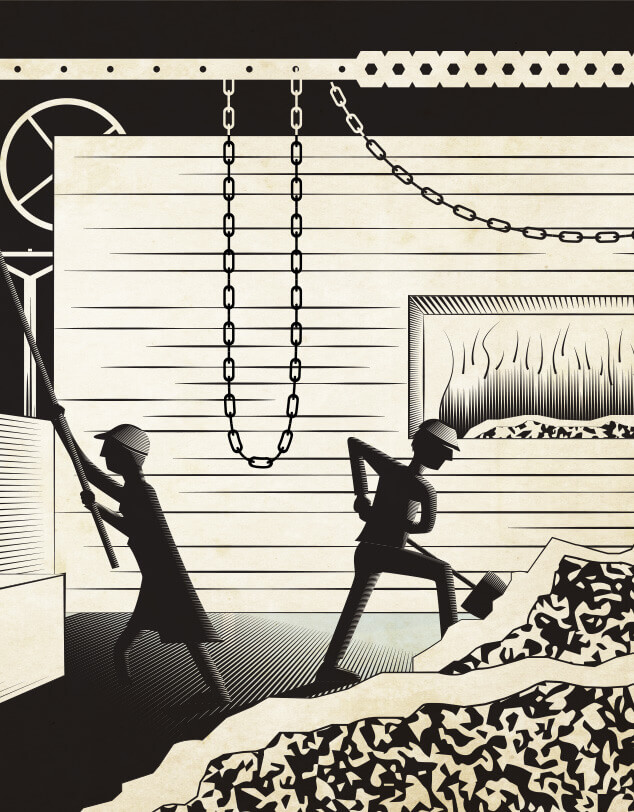 Many standards produced in the 1930s promoted safety, both at work and at home. The continuing development of standards for occupational safety included guidance for preventing hazards in the factories where so many Americans spent their days. At the same time, household technology was rapidly modernizing, and many standards developed in this decade addressed the safety of home appliances. 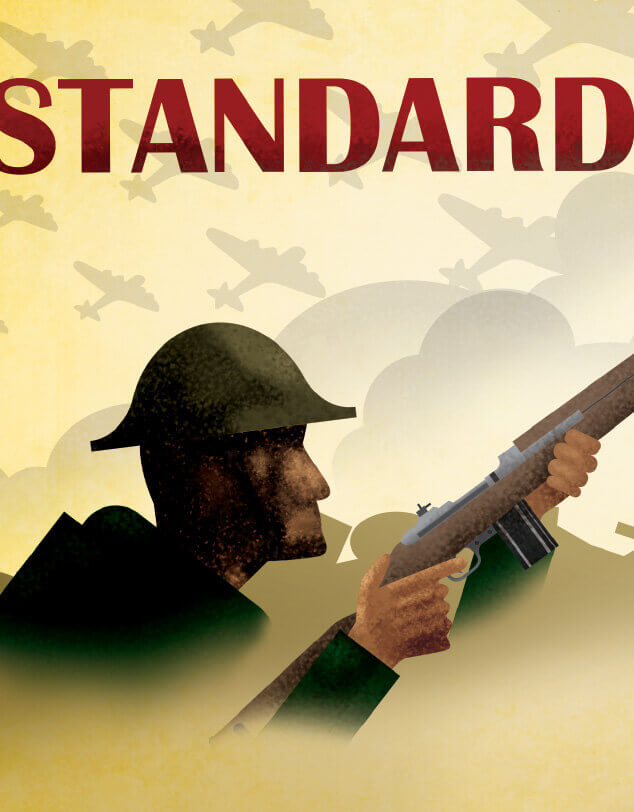 When the United States went to war in 1941, ASA was prepared with a War Standards Procedure that it had adopted nearly a year earlier. This helped to accelerate the development and approval of the new and revised standards needed to increase industrial efficiency for war production. Nearly 1,300 engineers worked on special committees to produce American War Standards for quality control, safety, photographic supplies and equipment components for military and civilian radio, fasteners and other products. 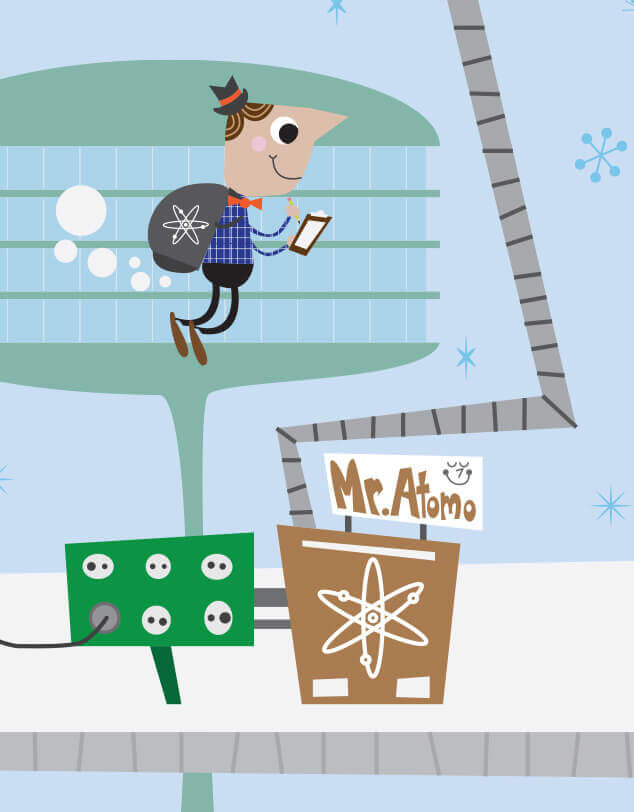 In the 1950s and 1960s, ASA helped industry and government anticipate standards needs in such fields as nuclear energy, information technology, material handling and electronics. As interest in international standardization continued to rise, ASA opened its doors to the world, hosting the second ISO General Assembly and the IEC Golden Jubilee celebration. 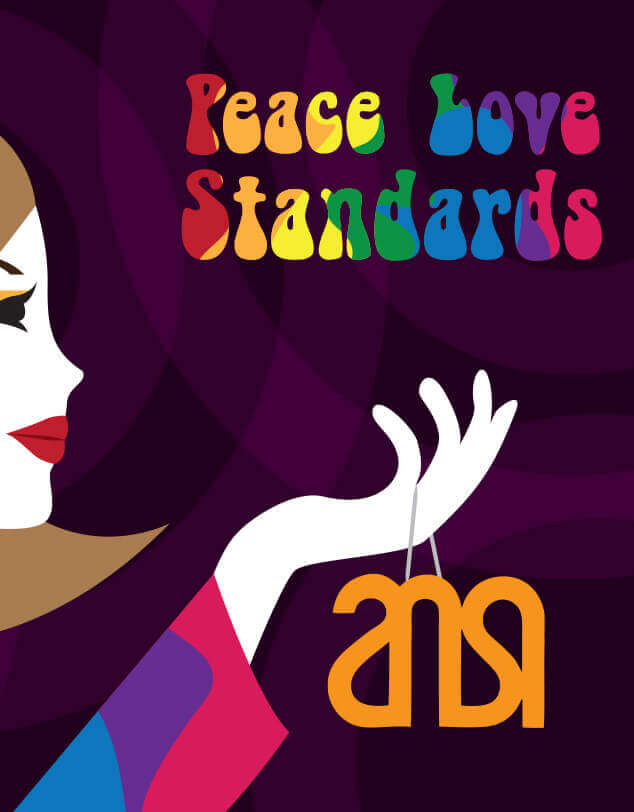 ASA was reorganized in 1966 as the United States of America Standards Institute (USASI) in response to identified needs for a broader use of the consensus principle in developing and approving standards; making the voluntary standards system more responsive to consumer needs; and strengthening U.S. leadership internationally.

ANSI adopted its present name in 1969. Throughout its various reorganizations and name changes, the Institute was steadily increasing its efforts to coordinate and approve voluntary national standards, now known as American National Standards. Domestic programs were expanding and being modified to meet the changing needs of industry, government, and other sectors. 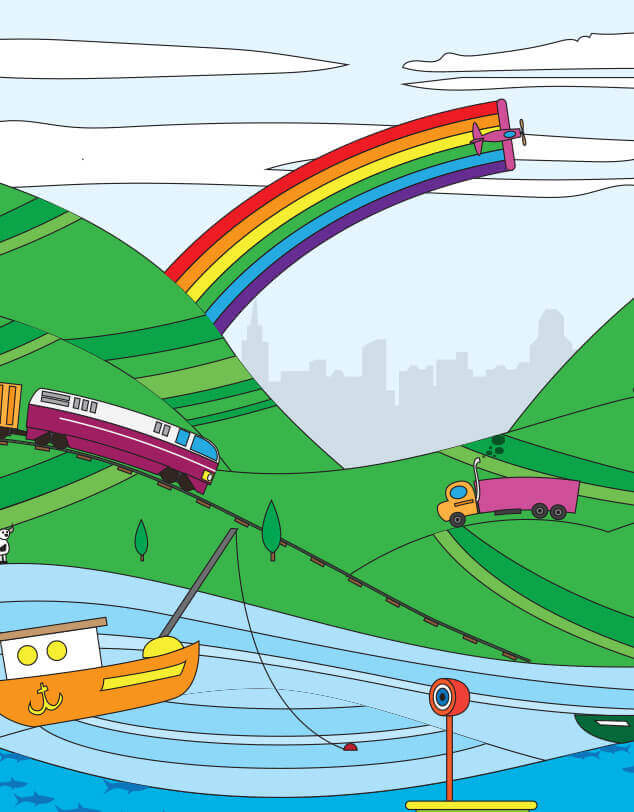 In 1970, a public review process was formalized and the ANSI Board of Standards Review (BSR), with responsibility for standards approval, was one of the most significant innovations in the Institute’s history. The BSR implemented procedures for the approval and withdrawal of standards as American National Standards. These new requirements enhanced the credibility of American National Standards with industry, the public, and government agencies. And with this attention came an increasing reliance on ANSI and its members for private-sector support of government-led initiatives.

In 1976, ANSI and the Occupational Safety and Health Administration (OSHA) established a joint coordinating committee for private-public sector voluntary standards activities that affect safety and health in the workplace. Its success led to the 1982 formation of a similar joint coordinating committee with the U.S. Consumer Product Safety Commission (CPSC) that focused on consumer products. 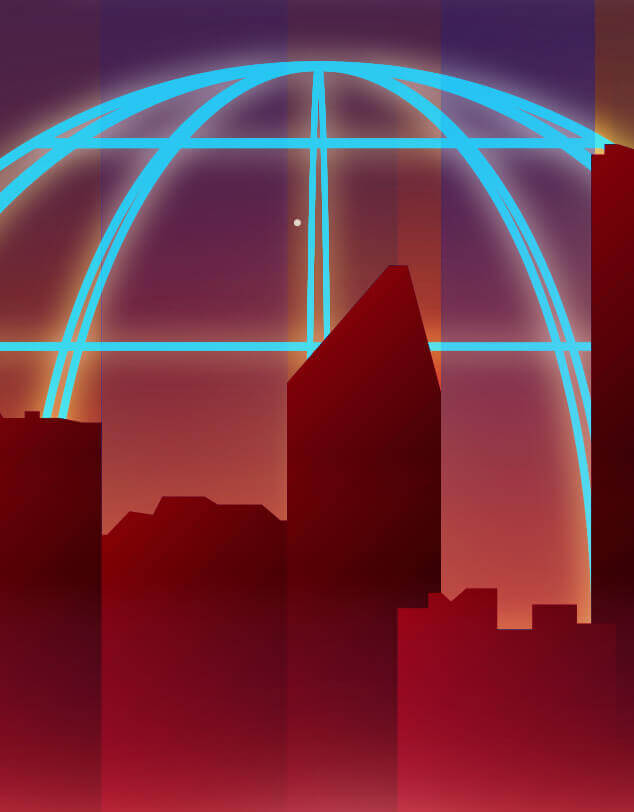 In the 1980s, many segments of the business community realized that globally accepted standards — and the programs that assess conformance to standards — were the key to unlocking foreign markets. In 1987 the Institute accepted responsibility for the most significant innovation in global standard-setting: administration of ISO/IEC Joint Technical Committee on Information Technology (JTC 1), the world’s largest known standardization committee.

In response to the planned unification of the European markets, ANSI launched a cooperative dialogue with its counterparts across the Atlantic. At the core of this program was the establishment of an ANSI presence in Brussels that would provide for more timely information on European standards activities. The ANSI Federation also initiated what has now become an annual series of discussions with the European Committee for Standardization (CEN), the European Committee for Electrotechnical Standardization (CENELEC), and the European Telecommunications Standards Institute (ETSI).

In 1989, ANSI also began to increase its outreach to the countries of Eastern Europe, the Far East, the Pacific Rim and South and Central America. In 1991, trilateral discussions between Mexico, Canada and members of the ANSI Federation were initiated to complement government negotiations for a North American Free Trade Agreement. 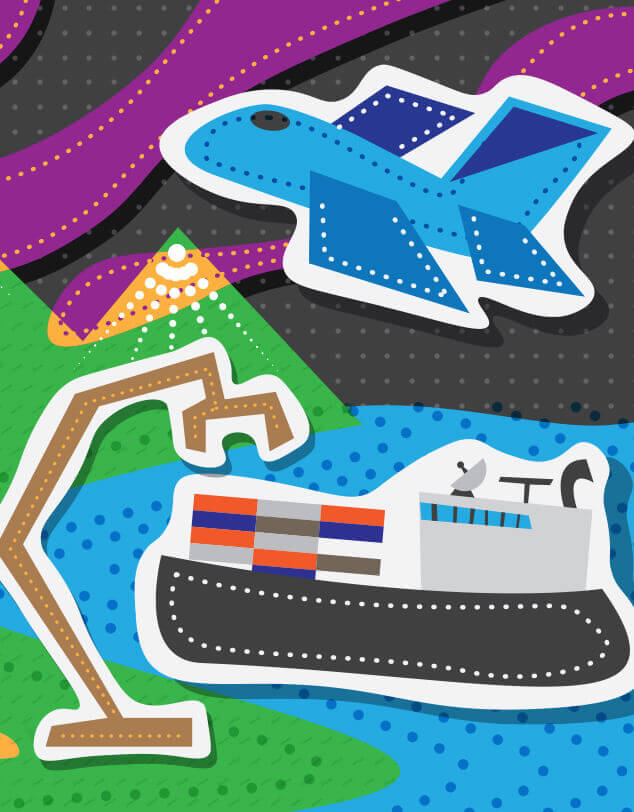 The 1990s brought standardization into the limelight as a source of strategic and competitive advantage in the ever-expanding global economy. Companies began viewing standards not only as key to impacting product development, quality or environmental compliance, but also as an imperative in competing successfully in the global marketplace. The effective use of strategic standardization in achieving competitiveness, quality, product certification and conformity assessment became critical issues facing the business and the standardization community in this decade.

“Market forces” such as global trade and competition; societal issues such as health, safety and the environment; an enhanced focus on consumer needs and involvement; and increasing interaction between public-sector and private-sector interests were significantly impacting standardization and conformity assessment programs. 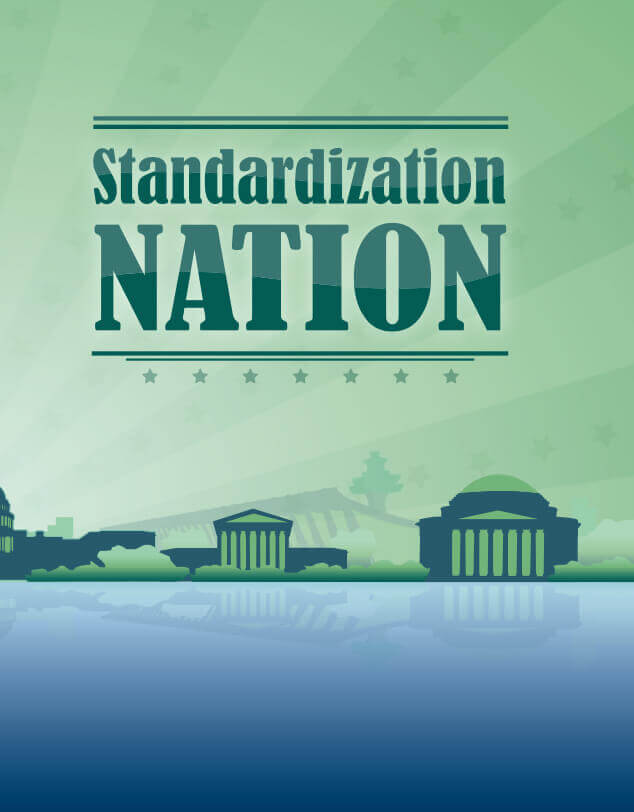 In 2000 the first-ever National Standards Strategy for the United States (NSS) was approved, laying out a roadmap for the community and a reliable, market-driven process for standard-setting that could be embraced by all sectors. It reaffirmed that the U.S. is committed to a sector-based approach to voluntary standardization activities, both domestically and globally. It provided an outline of key principles necessary for the development of standards to meet societal and market needs, and a strategic vision for implementing these principles nationally and internationally. A companion document – the National Conformity Assessment Principles – was first published in 2002.

Constituent needs were also changing rapidly. A sustainable service economy began to develop in support of people and systems rather than just technology. Standards themselves began to expand well beyond documents identifying product specifications to instead focus on performance issues, and to also include processes, systems and personnel. In 2003, ANSI expanded its accreditation offerings to include the certification of personnel, enabling professionals to move across state and between nations with credentials that can be recognized in multiple jurisdictions.

In 2005, a new United States Standards Strategy (USSS) reaffirmed many of the concepts that had been included in the earlier NSS, but made even more clear the need for standards that are designed to meet stakeholder needs — irrespective of national borders. It brought together traditional standards developers with new types of standards-setting activities, such as consortia and other forums, to capitalize and focus on more flexible approaches and new structures. The USSS also declared the U.S. commitment to the globally accepted principles of standardization that had been endorsed by the World Trade Organization in its Technical Barriers to Trade Agreement. 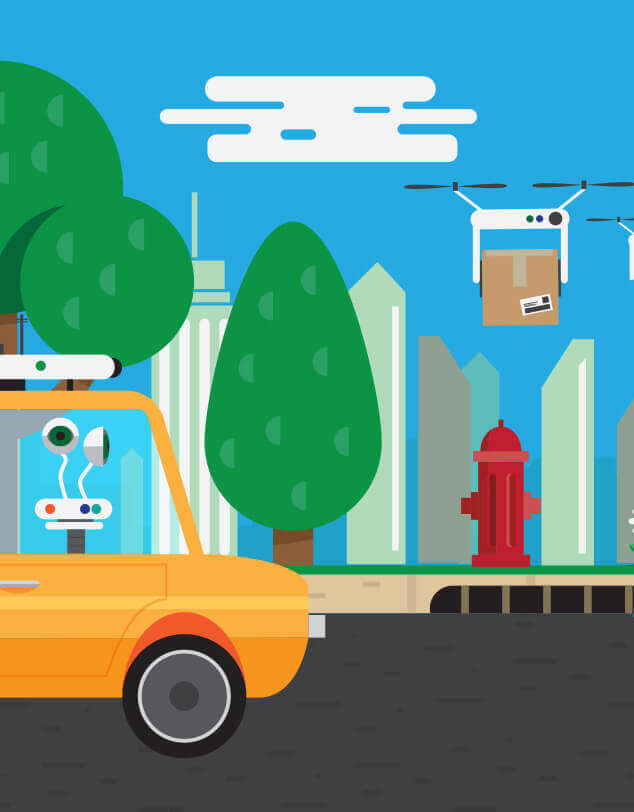 ANSI saw tremendous growth in the 2010s, beginning with the establishment in 2014 of a new affiliate organization, Workcred, to focus on workforce development and credentialing issues.

Highlighting the strong history of collaborative standardization activities the Institute has led for 10 decades, ANSI proudly celebrated its 100th anniversary in 2018 with a series of celebratory events and related resources, available here.

And in 2019, ANSI acquired the organization that became the ANSI National Accreditation Board (ANAB) – now the largest accreditation body in North America, with a broad portfolio of accreditation programs across many disciplines, and services in more than 75 countries. 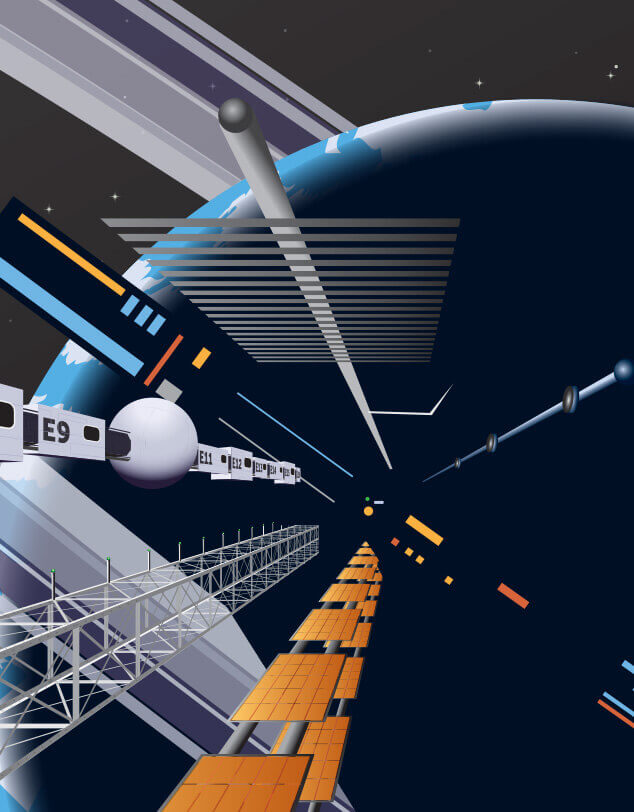 Looking to the Future

Today, ANSI is facilitating standardization of innovative new technologies, products, and services, all while fostering a greater sense of consumer and worker protection, global competitiveness, and an overall improved environmental consciousness. ANSI’s international development activities continue to expand to regions across the world, supporting advancements and capacity building initiatives that have the potential to improve the lives of millions.

From 1918 to well into the future, ANSI will progress the objectives laid out when AESC was created: to lead and foster the work of the broad-based U.S. standardization system, to protect the integrity of this system, to promote global competitiveness of business, and to enhance the quality of life of U.S. citizens.

Photograph of original 3D collage created by Lawrence M. Romorini of One of a Kind, Inc. Art Studio.